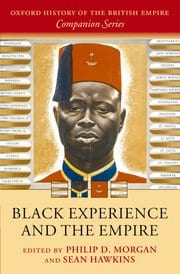 This work explores the lives of people of sub-Saharan Africa and their descendants, how they were shaped by empire, and how they in turn influenced the empire in everything from material goods to cultural style. The black experience varied greatly across space and over time. Accordingly, thirteen substantive essays and a scene-setting introduction range from West Africa in the sixteenth century, through the history of the slave trade and slavery down to the 1830s, to nineteenth- and twentieth-century participation of blacks in the empire as workers, soldiers, members of colonial elites, intellectuals, athletes, and musicians. No people were more uprooted and dislocated; or traveled more within the empire; or created more of a trans-imperial culture. In the crucible of the British empire, blacks invented cultural mixes that were precursors to our modern selves – hybrid, fluid, ambiguous, and constantly in motion.