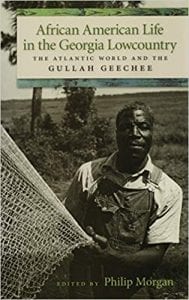 The lush landscape and subtropical climate of the Georgia coast only enhance the air of mystery enveloping some of its inhabitants―people who owe, in some ways, as much to Africa as to America. As the ten previously unpublished essays in this volume examine various aspects of Georgia lowcountry life, they often engage a central dilemma: the region’s physical and cultural remoteness helps to preserve the venerable ways of its black inhabitants, but it can also marginalize the vital place of lowcountry blacks in the Atlantic World.

The essays, which range in coverage from the founding of the Georgia colony in the early 1700s through the present era, explore a range of topics, all within the larger context of the Atlantic world. Included are essays on the double-edged freedom that the American Revolution made possible to black women, the lowcountry as site of the largest gathering of African Muslims in early North America, and the coexisting worlds of Christianity and conjuring in coastal Georgia and the links (with variations) to African practices.

A number of fascinating, memorable characters emerge, among them the defiant Mustapha Shaw, who felt entitled to land on Ossabaw Island and resisted its seizure by whites only to become embroiled in struggles with other blacks; Betty, the slave woman who, in the spirit of the American Revolution, presented a “list of grievances” to her master; and S’Quash, the Arabic-speaking Muslim who arrived on one of the last legal transatlantic slavers and became a head man on a North Carolina plantation.

Published in association with the Georgia Humanities Council.