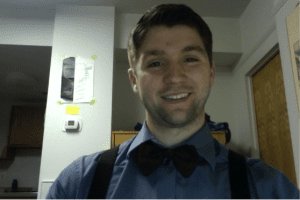 The history department would like to congratulate senior Geordan Williams on winning the 2014 Kouguell Prize for his senior thesis, “Upon the Frontier: Self-Identification Among the Cairo Genizah’s Merchants in the Indian Ocean System.” “Upon the Frontier” is a rigorous and imaginative study of identity construction in the Indian Ocean cultural and economic system of the late 12th and 13th centuries. The essay uses more than 80 documents, mostly letters and legal sources, drawn from the cache of late medieval materials from the Genizah area in Egypt to reconstruct the daily life of Jewish merchants traveling between Egypt, southern Arabia, and the western coast of Southeast Asia. It argues that religion and regional origins were originally the basis for strong group identities, but that geographic distance from their home places and the multiplicity of cultural and legal regimes they encountered allowed traveling merchants to create new, cosmopolitan group and personal identities.

The Arthur Kouguell Memorial prize was established by the parents and friends of the late Arthur M. Kouguell, class of 1973. The prize is awarded annually by the department of history to the senior honors thesis that best represents Arthur Kouguell’s commitment to scholarly and humane values.