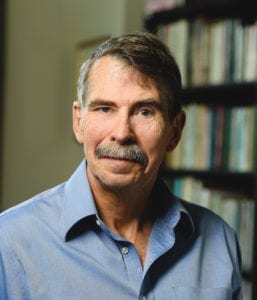 Congratulations to Professor William Rowe, an expert in Chinese History from the 14th-20th centuries, on being selected for membership in the American Academy of Arts and Sciences!

Professor Rowe is among four other faculty, from Johns Hopkins University, to have been elected this year. The other recipients from JHU are:  Rachel Green, a Bloomberg Distinguished Professor and expert in the ribosome; cancer “gene hunter” Kenneth W. Kinzler; Jacques Neefs, a forefather of the French literary criticism movement called genetic criticism; and award-winning biophysicist Cynthia Wolberger.

Founded in 1780 by John Adams, John Hancock, James Bowdoin, and others, the AAAS is one of the oldest learned societies in the U.S. Membership in the academy is considered a career honor and recognizes individuals for their excellence and leadership, their distinction in working across disciplines, and their achievements in advancing the common good. Throughout its 239-year history, more than 10,000 fellows have been elected, including Benjamin Franklin, Alexander Hamilton, Ralph Waldo Emerson, Charles Darwin, Albert Einstein, Robert Frost, Margaret Mead, Martin Luther King Jr., Willa Cather, T. S. Eliot, and Duke Ellington.

Read more on the Hub!