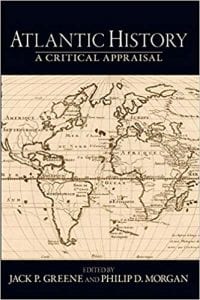 Atlantic history, with its emphasis on inter-regional developments that transcend national borders, has risen to prominence as a fruitful perspective through which to study the interconnections among Europe, North America, Latin America, and Africa. These original essays present a comprehensive and incisive look at how Atlantic history has been interpreted across time and through a variety of lenses from the fifteenth through the early nineteenth century. Editors Jack P. Greene and Philip D. Morgan have assembled a stellar cast of thirteen international scholars to discuss key areas of Atlantic history, including the British, Spanish, Portuguese, Dutch, French, African, and indigenous worlds, as well as the movement of ideas, peoples, and goods. Other contributors assess contemporary understandings of the ocean and present alternatives to the concept itself, juxtaposing Atlantic history with global, hemispheric, and Continental history.