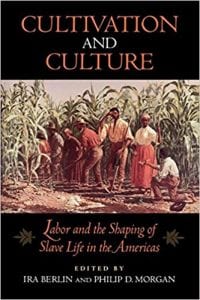 So central was labor in the lives of African-American slaves that it has often been taken for granted, with little attention given to the type of work that slaves did and the circumstances surrounding it. Cultivation and Culture brings together leading scholars of slavery- historians, anthropologists, and sociologists- to explore when, where, and how slaves labored in growing the New World’s great staples and how this work shaped the institution of slavery and the lives of African-American slaves.

The authors focus on the interrelationships between the demands of particular crops, the organization of labor, the nature of the labor force, and the character of agricultural technology. They show the full complexity of the institution of chattel bondage in the New World and suggest why and how slavery varied from place to place and time to time.