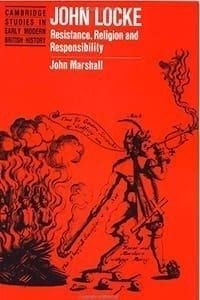 This book provides a major new historical account of the development of the political, religious, social and moral thought of the political theorist and philosopher John Locke. It offers reinterpretations of several of his most important works, particularly the Two Treatises, and includes extensive analyses of his unpublished manuscripts. Professor Marshall’s arguments challenge many other scholars’ interpretations of the character and influences of Locke’s moral, social and religious thought and provide an alternative account.