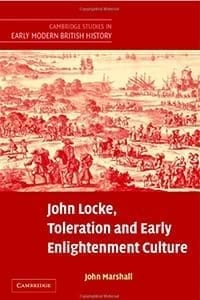 John Marshall offers an extensive study of late 17th-century practices of religious intolerance and toleration in England, Ireland, France, Piedmont, and the Netherlands and of the arguments which John Locke and his associates made in defense of “universal religious toleration.” He analyzes early modern and early Enlightenment discussions of toleration; debates over toleration for Jews and Muslims as well as for Christians; the limits of toleration for the intolerant, atheists, “libertines” and “sodomites”; and the complex relationships between intolerance and resistance theories including Locke’s own Treatises.