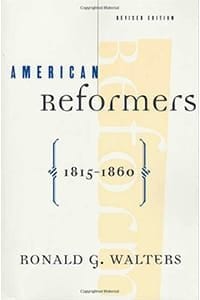 For this new edition of American Reformers 1815-1860, Ronald G. Walters has amplified and updated his exploration of the fervent and diverse outburst of reform energy that shaped American history in the early years of the Republic. Capturing in style and substance the vigorous and often flamboyant men and women who crusaded for such causes as abolition, temperance, women’s suffrage, and improved health care, Walters presents a brilliant analysis of how the reformers’ radical belief that individuals could fix what ailed America both reflected major transformations in antebellum society and significantly affected American culture as a whole.