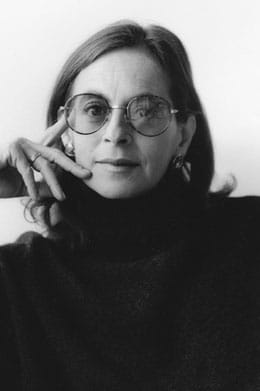 I am broadly interested in historiography, that is, the theory and practice of writing history, both in the Middle Ages and in the modern era. In addition to doing research on medieval historical writing, I work on the implications of postmodern critical theory for understanding contemporary historiographical practices.

I am the author of The Chronicle Tradition of Saint-Denis: A Survey (1978), Romancing the Past: The Rise of Vernacular Historiography in Thirteenth-Century France (1993), and The Past as Text: The Theory and Practice of Historiography (1997); Practicing History: New Directions in Historical Writing after the Linguistic Turn (2005); Behind the Scenes: Writing History in the Mirror of Theory (1995); "History, Historicism and The Social Logic of the Text in the Middle Ages," Speculum 65 (1990): 59-86 and "History and Postmodernism," Past and Present, 135 (1992): 194-208, as well as more than 70 articles on medieval historiography and critical theory. 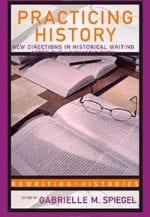 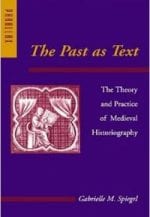 The Past as Text: The Theory and Practice of Historiography 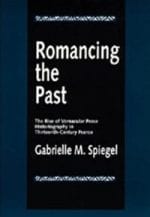 Romancing the Past: The Rise of Vernacular Historiography in Thirteenth-Century France

I have served as the president of the American Historical Association and president of the Berkshire Conference of Women Historians. I was chair of the history department at Hopkins twice, dean of humanities at UCLA, and twice dean of faculty at Johns Hopkins University. I have been elected a Fellow of the Medieval Academy and a Fellow of the American Academy of Arts and Sciences. See CV for additional offices.