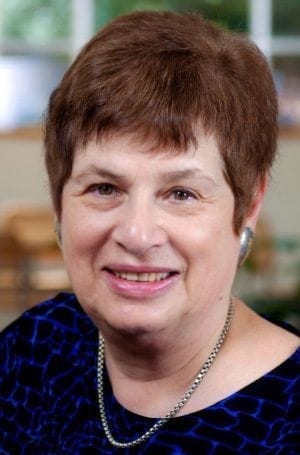 I am a historian of Great Britain whose publications have been translated into many European languages, plus Japanese. I teach modern British history and women’s history at Johns Hopkins University. For the past 30 years, my research and writing have concentrated on 19th-century political culture and the cultural and social contests over sexuality.

My first book, Prostitution and Victorian Society (1980), examined the system of medical and police regulation of prostitution, a system first established in 1864 and abolished in 1886, to control the spread of venereal disease among enlisted men. City of Dreadful Delight (1992) maps out a dense cultural grid through which compelling representations of sexual danger, including W.T. Stead's expose of child prostitution and the tabloid reporting of Jack the Ripper, circulated in late-Victorian London.

My recent book, Nights Out: Life in Cosmopolitan London, extends my interest in the cultural and social history of London to mid-20th century.

I have been an energetic impresario for innovative approaches to historical scholarship, as well as a promoter of the interest of female scholars within the historical profession. I was a founding history editor of Feminist Studies, and over the years I have served as member of numerous program committees of the Berkshire Conference, chaired the AHA committee on women, and have served as President of the Berkshire Conference of Women Historians from 1987-1990. During the 18 years that I taught at Rutgers University (1971-1989), I helped to develop the Rutgers graduate program in women's history into one of the premiere programs in the country. As professor of history at Johns Hopkins University, I continue to collaborate with other colleagues in promoting intellectual exchange across disciplines.

My book, Nights Out: Life in Cosmopolitan London (Yale, March 2012), zeroes in on a modern space of multiethnic settlement in London that was at the center of things, yet marked by segregation, political tensions, and social exploitation. It recounts the cosmopolitan makeover of early 20th-century Soho, renowned for its social diversity, raucous commerce, and disparate political loyalties. This tiny district on the eastern edge of the fashionable West End became an incubator of metropolitan change. Between 1890 and 1945, modern economies of dancing, music, food, fashion, and commercialized sex took hold in Soho and transformed it from a dingy, industrial hinterland into a highly commodified center of cultural tourism.

Night’s Out is richly interdisciplinary. It makes an especially important scholarly contribution to debates over the meanings and uses of cosmopolitanism. It explores cosmopolitanism as an urban experience with wide-ranging political and cultural effects. It dramatizes how people of different ethnicities lived together and apart, decades before this social heterogeneity became a commonplace of multicultural London. Despite its diversity, Soho was not so much a cultural melting pot as a space of intimate and sometimes tumultuous encounters between men and women from many walks of life: rich and poor, unschooled émigrés and Bloomsbury literati, moral purity campaigners and libertarian anarchists, fascists and anti-fascists, queers and heterosexuals, Italians, Jews, Greeks, Americans, Germans, Swiss, black GI’s, and white Britons.

Nights Out: Life in Cosmopolitan London