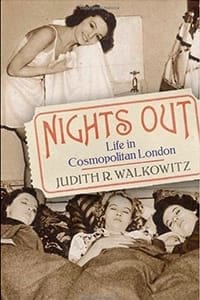 London’s Soho district underwent a spectacular transformation between the late Victorian era and the end of the Second World War: its old buildings and dark streets infamous for sex, crime, political disloyalty, and ethnic diversity became a center of culinary and cultural tourism servicing patrons of nearby shops and theaters. Indulgences for the privileged and the upwardly mobile edged a dangerous, transgressive space imagined to be “outside” the nation.

Treating Soho as exceptional, but also representative of London’s urban transformation, Judith Walkowitz shows how the area’s foreignness and porousness were key to the explosion of culture and development of modernity in the first half of the 20th century. She draws on a vast and unusual range of sources to stitch together a rich patchwork quilt of vivid stories and unforgettable characters, revealing how Soho became a showcase for a new cosmopolitan identity.