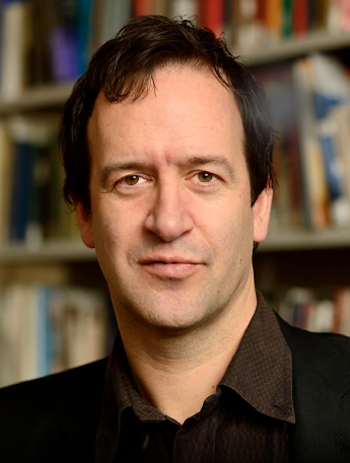 My scholarship explores how imperialism and transnational developments shaped late-twentieth-century France; my studies and teaching have concentrated on modern European and colonial North African history, with special attention to their intersections.

My first book, The Invention of Decolonization: The Algerian War and the Remaking of France (2006), is a history of the close of the Algerian War and the difficult re-negotiation of French state structures and national identity that resulted. It was awarded both the American Historical Association's 2006 J. Russell Major Prize and the Council of European Studies' 2008 Book Prize (for best first book in European studies published in 2006-2007). 1962. Comment l’indépendance algérienne a transformé la France (2008; 2012) is a revised and updated French translation. I subsequently expanded the research that led to this book to produce Voices of Decolonization: A Brief History with Documents (2014).

My second monograph appeared in French, as Mâle décolonisation. “L’homme arabe” et la France, de l’indépendance algérienne à la révolution iranienne (2017), and then in English, as Sex, France, and Arab Men, 1962-1979 (2017). It is a study of how “sexual Orientalism” re-emerged in post-decolonization French politics and discussions. Over the course of the 1960s and ‘70s, what I name “sex talk” around questions such as far right politics, May ’68, prostitution, the “white slave trade,” gay rights, sexual libertinism, the act of sodomy, and rape explicitly grappled with questions of empire, the Algerian war, colonial violence, and post-decolonization racism. The book show that, although French discussions about sex in the 1970s can be fruitfully mapped onto a chronology of crises and evolutions that closely paralleled that of other national debates, what made them particular—what made them “French,” rather than “Western” or “late modern”—were the central roles that invocations of “Arab men” and Algeria played in them.

I am now at work completing, “Affirmative Action and the End of Empires: ‘Integration’ in France (1956-1962)” and the Race Question in the Cold War World.” Parts of this book project have appeared in Monde(s) (2012), International Journal of Middle Eastern Studies (2013) and the Journal of Global History (2011), as well as in my contributions to The French Republic and The French Colonial Mind (both 2011). It relies on a transnational lens to examine how the French grappled with their relationship to Muslim “Arabs.” This project resembles Sex, France, and Arab Men, 1962-1979 in another way, too, as it takes a discussion that has centered on “identity” and foregrounds how power and institutions were also at stake, and changed as a result.

My more recent work, that is, seeks to decenter categories that were crucial to my first book.  This is also visible in my commitment to expanding our rethinking of French history beyond empire: the so-called imperial turn remains generative, yet we need to map colonial connections alongside other transnational and international developments. This is a project that underwrote the 2016 collection of essays, French Mediterraneans: Transnational and Imperial Histories, which I co-edited with Patricia M.E. Lorcin. ​

Fall 2013: Decolonization and the "Global North"

Spring 2012: Theorizing the "Age of Enormity"

Spring 2009: Modern European Imperialism and the History of Sex and Sexuality

Fall 2016: History and Historiography of 19th-century France in Europe and the World

Fall 2017: Modern European Imperialism and the History of Sex and Sexuality 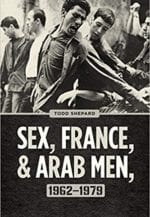 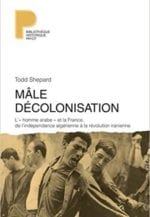 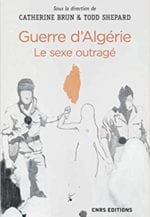 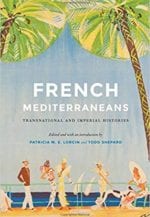 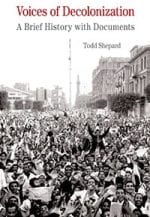 Voices of Decolonization: A Brief History with Documents 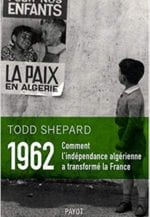 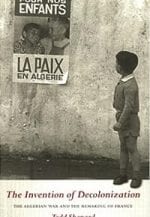 The Invention of Decolonization: The Algerian War and the Remaking of France