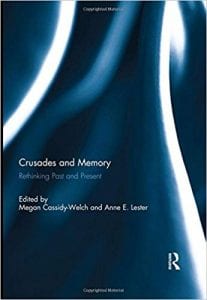 Crusading was a religious movement involving papal authorization, the incentive of remission of sins, pious motivation on behalf of the individual, and the justification of holy war. Much recent historiography in this area has focused on resolving the questions of what a crusade was, and why people went on them. But crusading became a cultural and social phenomenon that changed across time and geographical space. In turn, crusading was shaped by the ways specific crusades and their participants were remembered in specific historical contexts. Moreover, crusade memory had profound effects on the cultivation of family lineage, kinship ties, national and regional identity, and religious orthodoxy. Integrating memory into crusades scholarship thus offers new ways of exploring the aftermath of war, the construction of cultural and social memory, the role of women and families in this process, and the crusading movement itself.

This book explores memory as a methodological means of understanding the crusades. It engages with theories of communicative memory, social and cultural memory, war commemoration, and historical processes of remembering. Contributions explore the variety of cultural forms used in cultivating crusade memory. Material, visual, liturgical and textual objects are all reflective of crusade culture and the process of crafting its memory, and the analysis of such sources is of particular interest. This publication furthers new trends in crusade scholarship which understand the crusades as a broad religious movement that called upon and developed within a wider cultural framework than previously acknowledged.

This book was originally published as a special issue of the Journal of Medieval History.