I am a social historian of medieval Europe and the Levant. My research focuses on fragmentary sources collected primarily in French and European archival collections and libraries. These texts record in a piecemeal fashion the ideas, choices, commitments, disagreements, devotions, and compromises of medieval women and men from roughly 1000-1400. One of the central questions animating my work concerns the role of individuals in relation to and represented by institutional bodies. My work recently has followed a series of related questions: how did women represent themselves before and within the church; how did illiterate free peasants and (unfree) serfs appear in our records; how and why did men and women choose to leave their homes for distant holy places in pursuit of religious ideals; how did people of different faiths and cultures interact and share ideas and common ground; how do we as historians glimpse those without voice in the historical records, both written and material; and what do such interactions tell us about the structures and societies of the medieval world? My research began and continues to be grounded in northern France and the archival and manuscript collections amassed in the region that surrounds the Paris basin. Recently, I have ventured – in pursuit of the men and women I write about – into the worlds of the Mediterranean, the Byzantine Empire, the Outremer, and even along the Silk Road, following the documentary and material trails these journeys produced.

My first book, Creating Cistercian Nuns: The Women’s Religious Movement and Its Reform in Thirteenth-Century Champagne (Ithaca: Cornell University Press, 2011; winner of the SMFS Best First Book Prize), offered the first detailed treatment of groups of religious women in northern France as they fostered a set of religious ideals and ambitions. It chronicles how these women began as small devout communities living together, often caring for lepers, the sick, poor and infirm, under the care of local canons or priests. I then show how many of these independent communities were reformed under the auspices of local aristocratic patrons, bishops and even popes to become Cistercian nuns. In this process they were given a rule and set of customs to follow, delimited cloistered spaces, and they began to form clearly defined connections with local aristocratic and bourgeois families. In turn, the nuns were drawn into networks that connecting them to crusader families, charitable institutions, and the regulatory influence of the Cistercian order, one of the most powerful and well-administered institutions of the thirteenth century. All the while, as the women were reformed, they also quietly continued to pursue their own, independent, ideals and religious practices that often put them at odds with the ecclesiastical hierarchy and the reforming ambitions of the medieval papacy. Over the course of their existence, these women’s communities amassed hundreds of legal documents known as charters and devotional texts that form the backbone of my study. By the close of the fourteenth century, Cistercian nuns cultivated a religious identity that was esteemed across Europe, prized by kings and crusaders, and imitated by monks and lay people. But their commitments to poverty and simplicity meant that these Cistercian nuns did not survive the calamities of the fourteenth century.

My current research draws upon my previous work but considers the intersection of religious and social history in a broader context and is based on a wider set of sources. To this end, I am pursuing two new book projects. Fragments of Devotion: Relic and Remembrance in the Aftermath of the Fourth Crusades, analyzes sacred objects – principally relics – that crusaders brought back with them to Europe when they returned from expeditions to the east. Although many holy things came into Europe from the Holy Land during the height of crusade period (ca. 1095-1291), thousands of objects flooded into northern France and Flanders after the Fourth Crusade, 1202-1204. This event, as I show, was transformative for the devotional life of medieval Europe for a number of reasons: it brought a cascade of Christological and Passion relics (relics related to the material life of Christ and to the Passion) into the dioceses of Europe and, as a consequence, new ideas about Christian ontology, materiality, and religious difference emerged in difficult and demanding ways. As medieval Christians began to write the histories of the transmission and translation of these sacred objects, as they considered how to account for differences of religious practice and interpretation, and as they scripted new liturgical rituals and built new devotional spaces, these objects changed how medieval Christians behaved and thought. To understand the effects of objects like relics I have read deeply in the new and burgeoning literature and critical theory related to materiality, thing-theory, actor-network-theory and the neural science of cognitive behavior. I enjoy bringing such ideas into conversation with medieval sources, while never losing my commitment to crafting an historical narrative. The second book project, Crusades and Devotion: Following the Cross and Its Meaning in the Medieval World, is more broadly conceived and intends to offer a short history of the devotional ideals behind crusading as a religious movement that put European Christians in contact with a host of different religious faiths and cultures living along the eastern Mediterranean coast. Indeed, as I have shown elsewhere, new ideas about the Holy Land as a sacred place, Christ’s physical life, notions of religious freedom and captivity, and concerns with cultural differences expressed in terms of language, food practices, skin color, and daily habits emerged at this time and suggest that medieval people understood the power of cultivating ideas of difference in new ways.

My research has been supported by a number of grants and fellowships including: a Mellon Post-Doctoral Fellowship at the University of Notre Dame (2005); Membership at the Institute for Advanced Study in Princeton (2011/12); an American Council for Learned Societies (ACLS) Ryskamp Fellowship (2012/13); and a Derek Brewer Fellowship at Emmanuel College, Cambridge University (2015). Before joining the History faculty at Johns Hopkins, I was on the faculty of the University of Colorado Boulder (2005-2018), where I received numerous internal grants and fellowships to support my research and teaching.

My work has always been deeply informed by collaboration. I have worked with colleagues to edit five collections of essays that grapple with broader interpretative and historiographical themes. I am part of a growing network of scholars interested in ‘New Religious Histories.’ In the coming years I hope to move some of my research focused on the intersection of Texts, Objects, Things, Environments and Materialities onto an online form and to foster a new scholarly network devoted to this kind of analysis (the TOTEM Network). I am also in the process of beginning a new book series with Cornell University Press entitled ‘Religions, Cultures and Communities of the Medieval World.’ I am currently on the editorial board for Speculum and Chair of the Medieval Academy of America’s Committee for Centers and Regional Associations (CARA). I serve on several boards and prize committees dedicated to Medieval Studies and French History. In 2019, I am coordinating the thematic strand for International Medieval Congress at Leeds on the topic of ‘Materialities’.

I am passionate about teaching at both the undergraduate and graduate level. I enjoy introducing students to the familiar and strange aspects of the medieval world that ask us to question the meaning of sameness and differences as part of the historical narrative. Teaching the past has always been, for me, a process of discovery and conversation. In recent years, I have become interested in new approaches to pedagogy that emerge out of environments like ‘History Labs,’ which allow for hands-on material engagement with objects from the past as well as methodological applications that foster a spirit of risk-taking and imaginative engagement that are crucial to the historical process.

I hold an AB in Classics and History from Brown University. At that time, I sought to find the roots of the concept of ‘Justice’. Until my senior year of college, I was supposed to be a lawyer. A year spent at the University of Oxford and three summers on an archaeological excavation in an abbey in Soissons France, redirected my interests to the medieval world, to the big-skies, wheat fields, and local churches of Picardy, and I was lost to the French archives from then on. Had I not become an historian or supreme court justice, I would have followed my other passion and embraced a life as a botanical illustrator. For the moment, when not following relics or thinking about materialities, I enjoy reading critical theory, French philosophy and literature, contemplating physics and the nature of time and space, water-coloring, long-distance running, and practicing yoga.

“From Captivity to Liberation: The Ideology and Practice of Franchise in Crusading France,” Anglo-Norman Studies: Proceedings of the Battle Conference 2017 40 (2018).

“The Tasks of the Translators: Relics and Communications between Constantinople and Northern France in the Aftermath of 1204,” in The French of Outremer: Communities and Communications in the Crusading Mediterranean, edited by Laura Morreale and Nicholas Paul (New York, Fordham University Press, 2018), 179-200.

“Translation and Appropriation: Greek Relics in the Latin West in the Aftermath of the Fourth Crusade,” Translating Christianity: Studies in Church History 53 (Cambridge, Cambridge University Press, 2017).

“The Porter of Clairvaux – Space, Place and Institution: An Example of the Evolution of the Spirituality of Charity during the Thirteenth Century,” in Le temps long de Clairvaux, ed. Arnaud Baudin, et al (Paris: Somogy, 2017), 117-134.

“The Casket of John of Montmirail: The Sacred Politics of Reuse in Thirteenth-Century Northern France,” Peregrinations: Journal of Medieval Art & Architecture IV/4 (2014): 50-86. (appeared 2015) 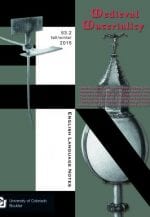 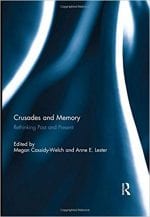 Crusades and Memory: Rethinking Past and Present 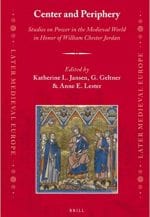 Center and Periphery: Studies on Power in the Medieval World in Honor of William Chester Jordan 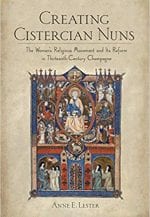 Creating Cistercian Nuns: The Women’s Religious Movement and Its Reform in Thirteenth-Century Champagne 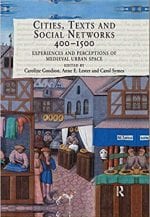