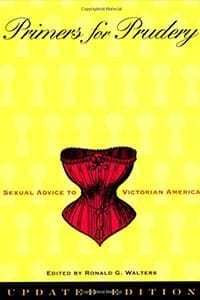 In Primers for Prudery Ronald G. Walters examines the historical and social context as well as the substance of sexual advice manuals in 19th-century America. Allowing the authors of these manuals to speak for themselves—with generous excerpts by contemporary authorities on subjects ranging from the virtues of celibacy to the vices of masturbation—Walters offers his readers a complex reading of the Victorian “prudery” referred to in the book’s title. Supplementing each of the excerpts with extensive commentary, he places the advice manuals in the larger setting of gender and class issues.

First published in 1974, Primers for Prudery now returns to print in a paperback edition with new selections from women’s advice to women and a new preface in which Walters discusses changes that have occurred in the scholarship on sexuality since the book’s first publication. He also provides an updated bibliographical note.