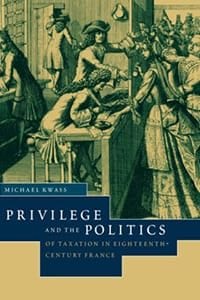 This book offers a lucid new interpretation of the Ancien Régime and the origins of the French Revolution. It examines what was arguably the most ambitious project of the 18th-century French monarchy: the attempt to impose direct taxes on formerly tax-exempt privileged elites. Drawing on impressive archival research, Michael Kwass demonstrates that the levy of these taxes, which struck elites with some force, not only altered the relationship between monarchy and social hierarchy, but also transformed political language and attitudes; attitudes that ultimately led to revolution.